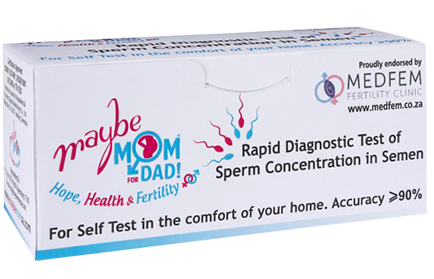 Let’s face it…
Somethings are just more comfortable at home! 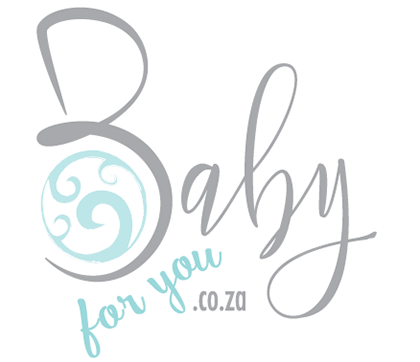 Product Could Be Purchased Through Medical Aid Saving.

1.What sex are sperm?

Neither. By themselves, sperm don’t have a gender, but they’re in charge of what gender the baby is. Dad’s sperm carry either an X or a Y chromosome, and there are about the same number of each. Y-carrying ones swim a bit faster, and they don’t live as long. But you need serious (and expensive) technology to shift the baby’s gender odds from 50/50.

2.How long can sperm live for after they leave a man’s body?

2 to 5 days. Sperm can kick it inside a vagina for several days, but if they’re outside a body, they’re done for quickly. So don’t worry about the dried stuff on sheets or clothing. Heat and chlorine also kill sperm off.

3.If you want to make more sperm, you should:

Join a recreational league sports team. In a study, college-age men who exercised at least 15 hours a week had up to 73% more sperm than the couch potatoes. But your activity choice matters: Cycling more than 186 miles a week can also lower sperm quality.

4.What is semen, mostly?

Water. Sperm make up only 5% or less of your semen. It’s also got amino acids, protein, sugar, and minerals to nourish those baby-making swimmers.

False. If nothing comes out when you climax, semen could be going into your bladder. It’s not dangerous, but you may want to check with your doctor or a specialist called a urologist, especially if you’re hoping to become a dad.

6.About how many times would you have to ejaculate to get one cup of semen?

70 times. Most men produce about 3/4 of a teaspoon at a time, less than a typical dose of cough syrup. But a guy who’s very well hydrated or who has gone a long time without an orgasm could make more.

7.Does semen glow in the dark?

No. Not on its own. But like other body fluids with protein — such as blood, sweat, saliva, and urine — semen will reflect ultraviolet or “black” light in a way we can see. Because of this, British spies used it as invisible ink during World War I. Now, crime scene techs use different kinds of light to help find “biologic” evidence, including semen.

8.Semen is a good skin moisturizer?

Myth. Despite the popular lore, there’s no evidence it works. And in rare cases, it could do more harm than good. Proteins in it can trigger a rare allergic reaction. This will cause pain, itching, burning, and swelling. Since the exact makeup of semen varies from person to person and from one time to the next, a semen allergy can crop up even with a long-time partner.

Whether you’re just starting to try and get pregnant, or have been trying for a long time, making lifestyle changes to increase your fertility is essential.

Add Some Antioxidants to Your Diet

There are many antioxidants, but the ones that have been specifically studied in regards to improving sperm health are:

Vitamin C: found in many fruits and vegetables, with the highest levels found in red peppers, kiwi, oranges, and grapefruit.

You can try to add more of these foods into your diet or consider taking a supplement.

As with all things, moderation is still best. Don’t eat too many of these foods. (Brazil nuts should not be eaten every day, for example.)

If you’d rather take a supplement, make sure you talk to your doctor first. Some supplements can interfere with other medications.

If you want to have a baby, you need to have sex around the time of ovulation. Having frequent sex all month long, however, may help increase your fertility.

Research studies have found that semen health is best when sex occurred less than two days prior.

One study of about 3,000 men looked at sperm motility (how sperm swim) and morphology (the sperm shape) in relation to the number of days they abstained from sex.

For men with normal sperm counts, sperm health was significantly decreased after 10 days of abstinence.

To keep your sperm in tip-top shape, you should try to have sex at least twice a week—and not only around the time of ovulation.

Too much soy may impact your sperm counts, according to a research study that looked at eating habits.

The study found men who ate high amounts of soy had lower sperm counts than men who did not.

Just because you don’t eat tofu doesn’t mean this study won’t apply to you. Soy is found in a number of foods today, including fake meat patties, energy bars, and health drinks.

Men who had the highest soy intake had 41 million/ml less sperm than men who did not eat soy foods.

Soy, however, may not be all bad. Other researchers have found that soy may help prevent prostate cancer.

What should you do? The study on soy and sperm counts found that men who were overweight or obese had a stronger reaction to the soy. Also, the higher the soy intake, the lower the sperm concentration was.

If you’re overweight or obese, go real easy on your soy intake. For everyone else, just don’t eat too much of it.

You already know many good reasons to kick your smoking habit. If you weren’t convinced yet, now you have one more reason: Quitting smoking may increase your fertility.5

Studies on smoking and semen quality found that smoking affects many aspects of sperm health, including decreased sperm counts, decreased sperm motility (the swimming ability of the sperm), and sperm shape.

If you’re going through fertility treatments, it doesn’t mean you’re off the hook and can keep on smoking.

Researchers have also found that smoking had a strong effect on treatment success when using IVF with ICSI fertility treatments.

Yet another reason to quit: Your smoking habit may harm your female partner’s fertility. Research has found that women exposed to second-hand smoke have lower IVF success rates and possibly increased risks of pregnancy loss.

You may be able to increase your fertility by keeping cool “down there.”

The male reproductive organs are outside of the body for a reason—to keep them at temperatures lower than 37°C, our normal body temperature. High temperatures can damage sperm.

Here’s how to be sure you’re keeping things cool:

Buy yourself a pair of our Snowballs Cooling Underwear for men.

Don’t turn on your seat heater in the winter. Seat heaters, a feature found in some cars that warms up the seat of your car for cold winter mornings, can lead to higher than normal scrotal temperatures.

Don’t sit with your laptop in your lap. Both keeping your legs tightly together to balance the laptop, and the heat generated by the laptop itself, can lead to higher than normal scrotal temperatures. Instead, place your laptop on a desk or table.

Boxers? Briefs? Whether or not boxers are more fertility-friendly than briefs is a matter of debate. One study says it makes a difference, but another found no difference. As long as you’re not wearing extremely tight, non-breathable fabric, your choice of underwear probably doesn’t matter.

Aim for a Healthy Weight

One way to increase your fertility is to bring your weight to a healthier level. Being over or underweight can upset hormone balance, leading to lower sperm counts.

Not sure if your weight is within the healthy zone? Check your body mass index (BMI). Your BMI is a measurement of your weight that also takes into account your height.

In a study on thin men, they found that those with a BMI less than 20 had lower sperm concentration and a 28.1 percent lower total sperm count.

They also found that FSH, a hormone that plays a role in the reproductive system, was higher in slim men.

In a separate study, men with obesity had lower testosterone levels. Also, as BMI levels went up, the incidence of lower sperm counts went up.

Go Easy on the Alcohol

Too much alcohol can decrease your fertility. Therefore, you may want to cut back on drinking if you want to conceive.

A study looking at alcoholics found that only 12 percent of the men had completely normal sperm counts and health, compared to 37 percent of non-smokers and non-alcoholics.

Another study, this one looking at couples going through IVF treatment, found that for every additional drink a man consumed per day, the risk of conception not leading to a live birth increased by 2 to 8 times. This was especially true if the drinking occurred within a month of the IVF treatment.

However, other studies have found no relationship between male fertility and just a few drinks.

What should you do? Moderate drinking is probably okay, especially if you reserve those drinks to a few times a week, instead of daily.

If you’re going through IVF treatment, you might consider cutting out alcohol for the time being.

Keep Your Teeth and Gums Healthy

Keeping your teeth and gums healthy may help increase your fertility. Who knew?

Bacteriospermia, or the presence of bacteria in semen, has been linked to male infertility.

Two-thirds of the test group had improved semen health, while those in the control group who had not been treated still had poor semen health.

Increasing your fertility is just one more reason to make the dreaded trip to the dentist every six months.

The role of diet and fertility is not well understood, since it’s difficult to study diet, but the available evidence indicates a healthier diet is better for fertility.

Perhaps not surprisingly, studies have found that eating a so-called “Western Diet” isn’t great for male fertility. This would include foods like pizza, processed meats, high-sugar junk foods, lots of refined grains, and high-sugar drinks.

What’s better for your sperm? Choosing healthier proteins (like fish and chicken), getting lots of veggies and fruits, eating healthy fats (like olive oil and nuts), and more whole grains.

An untreated infection of the reproductive system or urinary tract can cause infertility in men.12 For example, sexually transmitted diseases (STDs) may lead to reduced sperm motility, and repeated STD infection may lead to scarring, which can block the passage of semen. Some infections have no symptoms besides infertility, so regular testing is important.

Other medical conditions that can lead to infertility are thyroid disease, Crohn’s disease, celiac disease, Cushing’s syndrome, and anemia.

These diseases are also frequently missed. For example, it’s not uncommon for someone to walk around with thyroid problems for years before getting a diagnosis.

Be sure to get a well-check with your primary care doctor before you start trying to conceive. If you suspect something’s not quite right with how you’re feeling, voice these concerns. That nagging fatigue that never seems to leave may be something more.

There is evidence that stress can not only effect our ability to conceive but it can affect our sex life in many ways it can reduce our desire for sex, it can make our muscles tense up and make us physically uncomfortable and it can affects our ability to have an orgasm.

There is also some evidence that when a women has an orgasm the contraction sucks sperm up into the uterus making it easier to conceive. 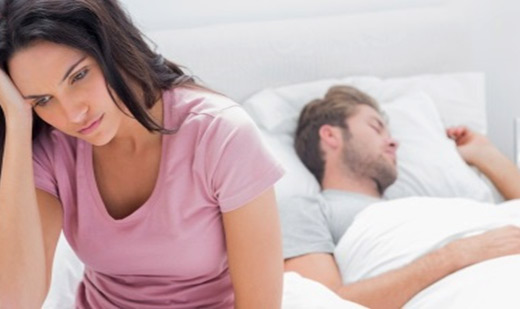 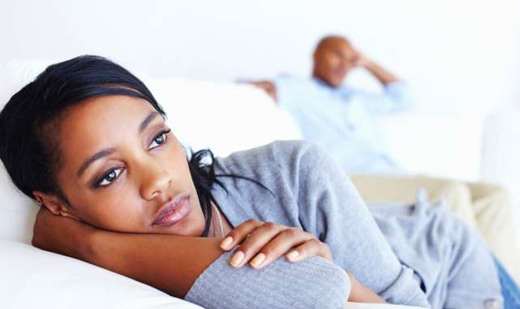 The TUPS stress program has guided so many sufferers towards an amazing life long solution on how to manage and prevent the symptoms and diseases that stress causes.

Having trouble conceiving? Maybe we can help!